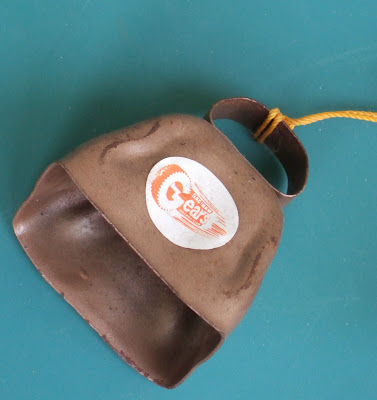 If there is one thing that said "fan" in the IHL of the 1970s, it was the cowbell. Oddly, this one was not found in Saginaw- even though it has a Gears sticker on it. This cowbell was actually found (date unremembered) at Muskegon's L.C. Walker arena after a Gears away game. The Mohawks fan who found it added it to her collection and later sold it to me by way of e-bay.
Posted by Wes Oleszewski at 9:34 PM